Canberra is Australia’s capital, it is Australia’s largest inland city and the eighth-largest city overall.
Situated inland from the country’s southeast coast and has a population of 396,566.  It is also called the “Bush Capital” as it’s surrounded by forest, farmland and nature reserves.
After Federation in 1901, a site for the capital was sought, and Canberra was selected. The Australian Capital Territory was declared on 1 January 1911 and an international competition was held to design the new capital city of Australia.
The city’s focal point is Lake Burley Griffin, filled with sailboats and kayaks.  On the lakeshore is the massive, strikingly modern Parliament House as well as museums including the National Gallery, known for its indigenous art collections.
Other attractions to see in Canberra are Australian War Memorial, National Museum of Australia, Old Parliament house, The Royal Australian Mint, Mount Ainslie, National Portrait Gallery, and Questacon an interactive kids and science tech.
Experience the Balloon Fiesta in autumn, Fireside Festival in winter, and Floriade in spring.
Explore the Australian Alps or Tidbinbilla Nature Reserve and Murrumbidgee River Corridor, just a short drive away. 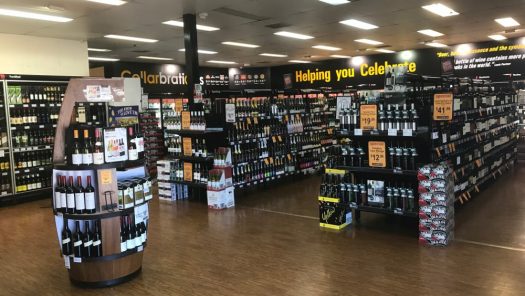 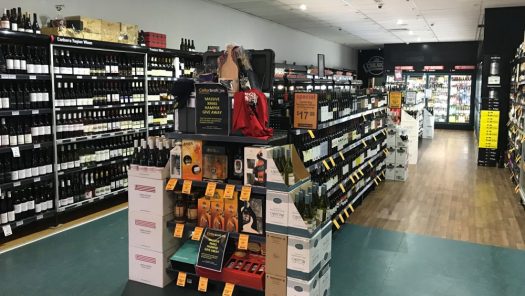 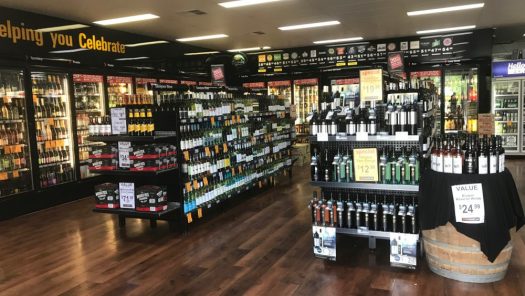 Whether you’re looking to change your lifestyle, relocate or establish a business, or even visit for a holiday, you’ll find everything you need in Gunnedah. Known as the ‘Koala Capital of the World’ due to the abundance of healthy koalas living right in the township, Gunnedah is a growing community with a population approaching 9,000.
Supported by a resilient economic base, Gunnedah offers its residents a perfect blend of a relaxed quality lifestyle combined with a high standard of community facilities and services. Health and education needs are well catered for via a modern hospital, medical and dental clinics, disability and aged care facilities second to none and a selection of pre, primary and secondary school and tertiary education options.
Situated in the heart of the Namoi Valley, in North West New South Wales, Australia, Gunnedah is just 440 kilometres by road from Sydney, 655 kilometres from Brisbane and just over 1,000 kilometres from Melbourne.
The community has access to a wide variety of sporting and leisure activities, which are enthusiastically pursued. An indoor heated swimming pool, well maintained sporting ovals and parks, two court indoor basketball stadium and one of the best gymnastic centres in the state all make Gunnedah a great place to live for all ages.
For more information go to infogunnedah.com.au 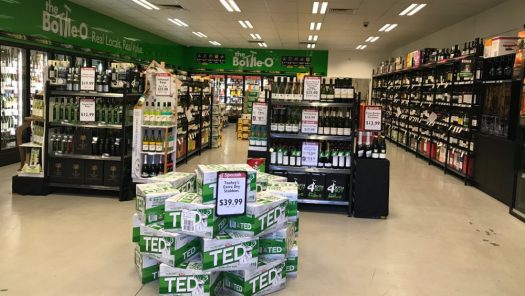 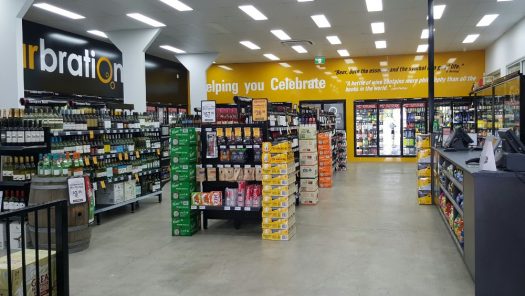 Located 30km south of Port Macquarie on the NSW North Coast, North Haven is surrounded by lakes, beaches, national parks and nature reserves.
Part of the Camden Haven it is a small harbour in the Mid North Coast region of New South Wales, approximately 30 km south of the major regional centre of Port Macquarie. The harbour is located where the Camden Haven River empties into the Tasman Sea.
Settlement of the area dates from the 1820s when the area was settled by lime burners and soldiers. From the 1870s timber was the main industry, with rivers and lakes used to transport logs to mills at Laurieton and nearby Herons Creek. Laurieton developed as a small fishing village, later becoming the main service centre of the area. Significant growth occurred in the post-war years, especially from the 1980s, spurred by growth in the tourism industry.
For more information go to pmhc.nsw.gov.au 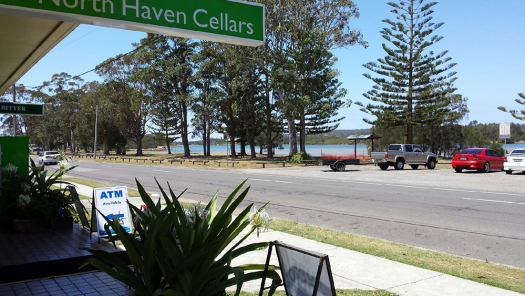 Scone, Horse Capital of Australia and home to the famous Mare and Foal Statue, is situated on the New England Highway approximately four hours (302 km) from Sydney and 714 km from Brisbane. It has a population of 5, 500 people. It is the centre of one of the most visually attractive areas in NSW. Surrounded by mountains, valleys and creeks as well as beautiful, undulating farmland there are lots of opportunities for
sightseeing, picnics and bush walking.
Scone boasts a very active Historical Society with an excellent Museum occupying part of the original law and order complex.
The Museum is open on Sunday afternoons and Wednesdays.
Scone provides outstanding educational and sporting facilities. It has a thriving economic base centred on a very wealthy equine and agriculture industry allowing a well serviced retail arena.
All breeds of horses are represented in the Upper Hunter and almost every weekend you can see a variety of horse sports or exhibitions. A couple of kilometres west of Scone along the Bunnan Road is the Australian Horse Park. It is the home of the Scone Race Track, the Hunter Valley Equine Research Centre and the Hunter Institute of Technology Campus specialising in equine and rural studies. 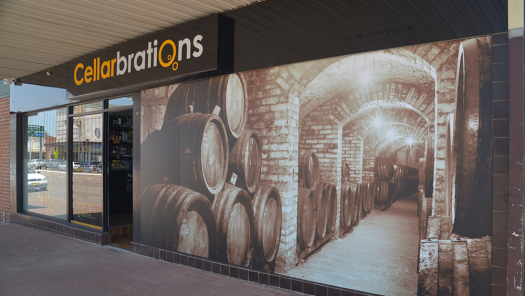 The Tamworth Region covers 9,653.25 square kilometres, with a population of over 58,000. From the Nandewar Range north of Barraba, to the head of the Peel River and the Great Dividing Range, Tamworth Region is one of the most progressive and exciting places in inland Australia. It combines country living with city style, history, sport and culture. The region is about three times the size of Sydney basin or the same area as Lake Eyre.
Tamworth is known as the country music capital of Australia. It hosts one of the world’s biggest music events, the annual 10-day Tamworth Country Music Festival. In town, you’ll see the Hands of Fame Park, which contains the handprints of more than 300 country music stars, and the mighty 12-metre-high Golden Guitar. Check out the memorabilia at the Big Golden Guitar Tourist Centre.
Tamworth is also a year-round sporting and entertainment hub with state-of-the-art venues and a busy events calendar. Don’t miss the National Professional Rodeo in January and Hats Off to Country Festival in July.
This part of Country NSW has a strong agricultural focus with sheep, beef, poultry, grains and dairy are all farmed here, as well as newer agricultural ventures, such as vineyards, olive groves, nuts, fish farming, honey, hydroponics and delicious berries. The top-quality food and wine means that many local Tamworth restaurants serve up noteworthy goodies. Don’t miss the Taste Tamworth Festival in April.
In the wider Tamworth area, you’ll find an abundance of great nature experiences, such as national parks, State parks, boating, fishing, water sports, horse riding, bird watching and fossicking.
For more information go to tamworth.nsw.gov.au 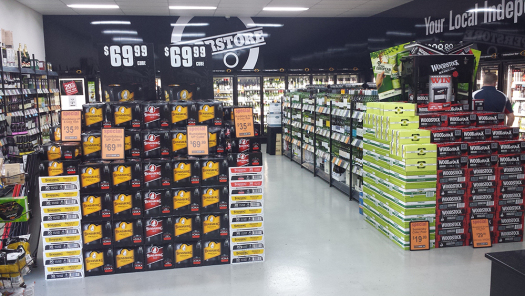 On the beautiful Manning River, Taree is a great base for exploring the delights of wonderful Manning Valley. Enjoy fishing and boating, bushwalking and camping, riverside picnics, wine tasting and fresh local produce including local oysters. Golf is popular too.
Just a few hours’ drive north of Sydney, Taree is at the heart of the beautiful Manning Valley on the North Coast of NSW. The town is by the Manning River, a popular waterway for fishing, boating and rowing. Delicious oysters are farmed in the meandering river and nearby Great Lakes.
You’ll find plenty of accommodation options in Taree as well as cafes, pubs and restaurants serving fresh produce and seafood from the area. Check out the shows at the Manning Entertainment Centre and take the Taree Heritage Walk. A popular annual event on the river is the Easter Powerboat Spectacular.
From Taree, enjoy some of the best scenic drives in NSW. Explore the national park wilderness, wineries and farmers markets. Take the route through Coorabakh National Park, from Wingham to Elands, with the magnificent Ellenborough Falls a highlight. The sub-tropical rainforest at Wingham Brush Nature Reserve has a boardwalk to follow. Tapin Tops is splendid park wilderness, too.
On the valley’s coastal strip, boating, fishing, swimming and surfing are popular at pretty towns from Wallabi Point to Old Bar and Crowdy Head. 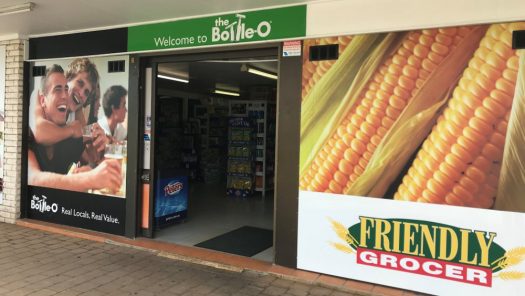 Wyong Shire is located on the Central Coast of New South Wales, between 60 and 90 kilometres north of the Sydney GPO. Settlement of the area dates from the 1890s. Population was minimal until the 1990s. Rapid growth has taken place since the early 1990s, with the population increasing nearly ten-fold between 1991 and 2011, a result of large numbers of new dwellings being added to the area.
Wyong Shire has more than 300 kilometres of pedestrian and cycling paths, more than 50 kilometres of on-road bicycle lanes.
The Northern Lakes precinct of the Central Coast is a water and nature lover’s haven. Renowned for its crystal lakes and sandy beaches, this year round destination is for travellers who want to get away from it all and those who do will be destined to reconnect with nature.
For more information go to visitcentralcoast.com.au 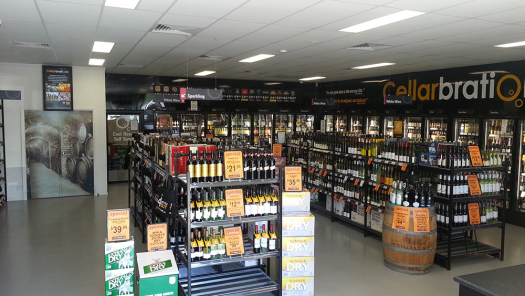 Wingham (The Friendly Town) is a town in the Mid North Coast region of New South Wales, in the City of Greater Taree 335 kilometres north of Sydney. According to the 2011 census, Wingham had a population of 4,518.
Wingham is a charming ‘old world’ town only fifteen minutes from Taree, and boasts some truly beautiful National Trust listed federation buildings, which you can enjoy whilst browsing through some of the specialty shops in the town’s central business district.
Some of Wingham’s historic buildings are the Wingham Brush Public School, Old School of Arts building, the Old Court House, Police Station, National Bank, the Australian Hotel, Commercial Bank, the Catholic Presbytery, St. Joseph’s Catholic School and Our Lady of Perpetual Succour Catholic Church.
Explore Wingham Brush, which is one of the last surviving areas of subtropical flood-plain rainforest in NSW. with a wide variety of native animals and birds, which is located adjacent to the Manning River. Wingham Brush has a picnic area, a boat launch, and swimming areas. 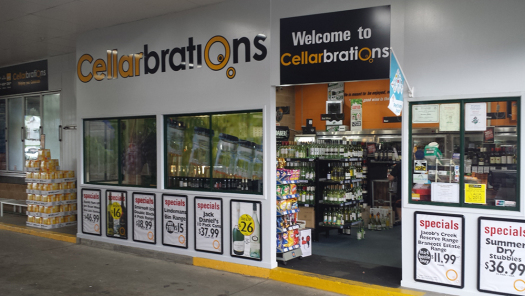